Ralph Ficke Memorial Park is located on approximately 12 acres at the northeast corner of the Village.  Prior to its acquisition by the Village, it was part of the Ficke family’s dairy farm.  The park was purchased from Mrs. Elizabeth Ficke in 1948 and is named in honor of her son, Ralph Ficke, who served the community as a volunteer firefighter. 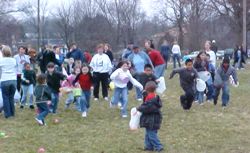 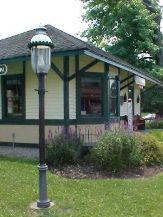 Silverton Park is located in the quadrangle bounded by Montgomery Road, Parkview Lane, St. James Avenue and Highland Avenue.  The village green style park was the site of the original Silverton Train Station.  A replica of the station was constructed in 1976 and serves as a museum.  It houses historic photographs and artifacts from the City’s past, including the Olympic uniform of Barry Larkin, a retired Reds player and Silverton native son.  The museum is operated by the Silverton Block Watch Association and is open to the public on the second and fourth Sundays of each month from 2:00 p.m. to 5:00 p.m., April through September.   In 2001 the station was rededicated as the John M. Kuhnell Memorial Museum in honor of the man who served Silverton as Chief of Police from 1946 to 1969.  Chief Kuhnell was instrumental in the reconstruction of the Silverton Station.

Dedicated in September of 2018, Stoll Lane Park is a neighborhood pocket park offering residents a quiet place to relax and enjoy fresh air. The park is slightly larger than one half of an acre. Stoll Lane Park was created from a small portion of the former Silverton Paideia Academy campus fronting Stoll Lane and a former flood-prone home at 6846 Stoll Lane.

The pocket park has two front-porch style swings, a lending library, an educational area about wetlands, and a space set aside to one day host an art in public spaces display, perhaps a sculpture or interactive piece of art.

The establishment of this pocket park goes back to 2008 when Silverton created its first comprehensive land use plan and negotiated a land swap with the Cincinnati Public Schools to obtain the former Silverton Paideia Academy site for redevelopment. A decade later, Silverton officials were joined by former Ohio State Representative Denise Driehaus who was instrumental in obtaining state assistance to establish the pocket park. 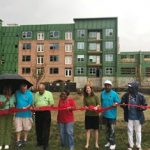 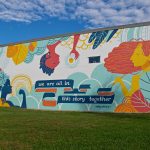 Silverton’s first public art piece is:  All In This Story Together © 2018 ArtWorks / Erin Barker / 6906 Plainfield Road, Cincinnati, OH 45236 / Photo by Tom Kinsel.  This mural was painted in 2018 through a partnership among Women Writing for (a) Change, ArtWorks, Hamilton County Planning+Development, and the Village of Silverton. The mural celebrates and honors the diverse women of Silverton. From left to right, the three women represent 1) strength/resilience, 2) ideas/growth, and 3) creative expression.